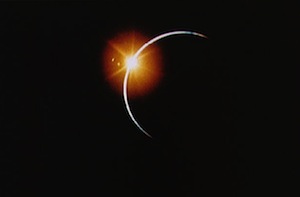 We have at our disposal a technology that produces free energy from an infinitely replenishable source.

Oh, and it exists against a backdrop of dirty, increasingly expensive fossil fuels.

The technology is even subsidized in many states, making switching costs almost non-existent for the average homeowner.

And did I mention that prices were falling – rapidly.

How, under these circumstances, could solar energy continue to remain at the little kid’s table?

This is not the first time I’ve railed against the marketing challenges facing solar.

In a previous post, I tackled the cost myth in which 97% of homeowners surveyed by SunRun overestimated the cost of installing solar systems on their rooftops (sometimes by as much as $20,000).

In a follow-up post, I outlined how adding a solar calculator to your website could help overcome this perception gap.

But the problems don’t stop there.

In a landmark survey last year, SolarTech and San Jose State University discovered that only 39% of respondents believed solar technology was reliable.

Keep in mind that the survey was conducted in California.  In a region famous for brownouts, what does it mean when residents rate alternative technologies as unreliable?

These statistics only speak to the general industry – i.e. they’re macro problems.

Equally disturbing results emerge at the local level.  In the same 2011 SolarTech survey, 63% of respondents couldn’t recall any nearby solar firms that provide residential installations.

Again – we’re talking about California – one of the most active, solar-friendly markets in the country.  What’s more, the 160+ homeowners interviewed were relatively informed, well-to-do residents of Silicon Valley.

In theory, they should know how reliable solar is.  And you would think that they’d be more price insensitive (not that it really matters given how affordable installing solar panels can be).

I’m personally not in the market for a lot of things – an SUV, designer handbag, Alaskan cruise….  But without even trying, I can come up with at least 2 companies each that supply these things.

SolarTech Director, David McFeely, rightfully points out that, “A lot of advertising dollars are not reaching consumers’ ears.”

Solar Energy Definitely Has a Marketing Problem – What to Do?

It’s fairly clear that the solar energy industry faces some serious marketing challenges.  And these issues seem to trickle down to individual companies as they try to carve out a niche in a sector one can only describe as… well… niche.

It’s a problem that almost defies logic.  Especially when you see what solar is up against.

Every few days, I see natural gas, coal, and oil commercials lauding the benefits of energy security.  Some of these ad spots even present citizens and company spokespeople talking concernedly about environmental protection and corporate responsibility.

Fossil fuel companies have become very adept at spinning the energy debate in their favor.  And this despite having an inferior product that continues to push every known ecosystem into crisis.

Sure, big oil companies have big bucks – often thanks to generous tax breaks and subsidies.  With coffers like these, it’s easy to outspend the green guys and control the conversation.

But you’d think the debate would have shifted by now.

You’d think renewable energy would be a top priority in this year’s national election.

You’d think that even the most apathetic Californians would be able to recall at least a few nearby solar installation firms.

I’m a huge fan of inbound (or permission) marketing.  It forms one of the primary pillars of my entire solar copywriting business.

Provide voluminous, informative content and potential customers will eventually stumble across your site and begin exploring their options.

But perhaps inbound marketing is not the right approach – at least not by itself.

After all, the entire inbound marketing philosophy assumes that people are actively looking for answers and solutions.

And yet the stats outlined above pretty clearly show that people are NOT searching.  They already know what they need to know – i.e. solar isn’t affordable or reliable.  And even if it were, there’s no one nearby who can install the technology.

I still believe that blogs, articles, and press releases are every bit as important.

As an industry, these tools help raise awareness of solar energy’s benefits.  And at the micro-level, you can’t really afford not to regularly publish these materials if you want to remain competitive.

I’d love to see more ad spots on TV and radio touting the benefits, costs, and reliability of solar energy.

I doubt whether the average residential solar installer could afford that kind of airtime.  Maybe it’s something we need to explore at the industry level – i.e. we pool resources together to get the message out using the same media that big oil companies use.