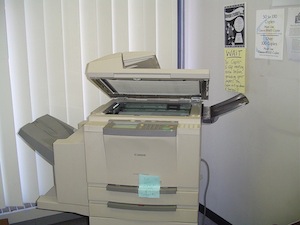 If you do a lot of writing for your current solar company, this isn’t a post you’ll want to miss.

Duplicate content is pretty much what it sounds like.  You essentially have the same basic content on two or more different pages – either on your own site or across multiple sites.  The content has literally been cut and pasted with no major alterations.

For a more official definition, Google categorizes duplicate content as “substantive blocks of content within or across domains that either completely match other content or are appreciably similar.”

I can’t say with certainty what constitutes a “substantive block.”  But if you’re copying and pasting at all – you’re duplicating content.

But there’s also a category of deceptive or malicious duplicate content:

There’s also a smaller category of duplicate content – media.  If you take videos or photos from another site without given credit back to the original, you may be accused of duplicate content.  However, this post deals exclusively with written content – a guide for copywriters and marketers who work in the solar industry.

Why Duplicate Content Is Bad for Your Solar Business

Search engines generally frown upon duplicate content because they want to show the most diverse and relevant results possible.

When you do a search on Google, you don’t want to see the same 10 results in a row.  No.  You want diversity.  Let’s say you’re looking for a movie review of some upcoming film.  Can you imagine if the first 10 results all said the exact same thing word-for-word?

You’d quickly switch to a different search engine – one that showed multiple perspectives and results.

Google, Yahoo, and Bing know this, and so they usually show just one version of the duplicated content.

If a search engine suspects that you’re intentionally stealing other people’s content and posting it as your own, they’ll likely categorize your site as spam.  I don’t think a page or two will hurt you, but if a sizeable enough portion of your site is non-original content, you’re headed for danger.

There’s considerable debate within the SEO world about whether Google and the other search engines actually “penalize” webmasters for duplicate content or simply filter them out of the results.

In a way, it’s kind of moot since the outcome is exactly the same – your site doesn’t receive high rankings.

Except for the time you save by not writing your own content, there’s really no upside to stealing other people’s work.  You may receive a very small boost in traffic – but it won’t last.  And in the long run, you’ll either be penalized as spam and/or filtered out of future search results.

Given how competitive the solar industry is, can you really afford to take those kinds of risks?  Isn’t it better to invest the time into careful, well-researched copywriting that keeps Google and Web surfers happy?

There are times when another site ranks higher for a post that you actually wrote.  You may be the author, but the other site is better optimized and is deemed more “authoritative” in Google’s eyes.  Your version has become the “duplicate content.”

This can happen if the site steals your content or if you willingly give your articles away in syndication.

This happens quite often actually.  Perhaps these other site have more links or more pages or some other advantage that elevates their status.  It can be pretty frustrating.

So that’s the background.

Solar Copywriting 101: How to Deal with Duplicate Content, Pt. 1

Austin has an impeccable ability to break larger projects down into actionable and clear strategy.