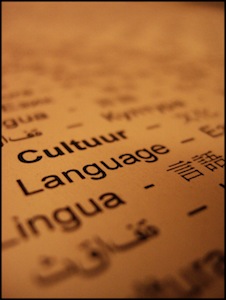 Although I don’t get this question very much, it happens often enough to deserve its own blog post.

What is the best font to use for online marketing materials?

As Derek Halpern of Social Triggers rightfully points out – this is not necessarily a decision best left to Web designers.  After all, they typically have different priorities, like aesthetics, form, and layout.  This is not a bash on designers – I know plenty of graphic artists and designers who champion the same “font values” that i do.

Font decisions, however, are best left to those with the greatest stake in connecting with potential readers and converting potential sales.  From my experience, this job usually falls to people from the marketing, sales, copywriting, PR, and communications worlds.

What Is the True Purpose of Your Font?

Some clients suggest that they want a font that conveys a certain trait – be it trust, vitality, compassion, etc.  I could bore you with the details, but the list really does go on and on.

Ultimately, your font has one primary goal – it needs to be easy to read on any device.

How many times have you been to a fancy restaurant that uses hard-to-read cursive script on the menus?  The font may indeed add to the ambience of the evening, but it’s a pain to read.

And in this example, you’re already a captive audience.

How Font Simplicity Can Influence Behavior

I’m not joking about this.  There’s research to back up how fonts influence buy-in and perception.  In a landmark experiment conducted by Hyunjin Song and Norbert Schwarz from the University of Michigan, test subjects were shown a basic set of instructions for a given project.

So What Is the Right Font for Solar Copywriting?

If it’s easy to read, it’s probably a good font.  As long as people don’t have to struggle to understand the words written, you’ve done your job as a copywriter (or marketer or whatever).

Personally, I stick with the Arial, Helvetica, Verdana, and Trebuchet family of san-serif fonts.  But I’ve come across many sites that use serif fonts with remarkable success (serif fonts are the ones that have little feet sticking out).

Just be sure to test whatever font you choose on multiple devices, multiple browsers, and multiple screens.

It doesn’t hurt to test it on multiple people as well.  With A/B testing, you can determine which fonts have lower bounce rates or higher conversions.  Throw up a Web page, and change the font every few days until you find the one that does the greatest good.

Can You Never Express Personality through a Font?

Although readability is the single most important criterion when selecting fonts, there are actually tons of legible fonts from which to choose.  Once you have a handful of ultra-legible fonts, you can then begin thinking about some of the traits you want your solar copywriting to convey – youth, intelligence, compassion, trust, etc.

And believe me – there actually is a big difference amongst fonts (once you get readability out of the way).  The fonts you choose can and will influence people’s perceptions.

In a follow-up experiment, the same researchers (Hyunjin Song and Norbert Schwarz) used menus instead of instructions.

Menu 1 had a standard font and Menu 2 had a fancy font (I don’t know if it was easy to read).  Although the two menus listed the same dishes in the same order, those who saw the fancier font believed that the chef preparing the food was more skilled.

This means that you can still influence people’s thinking in different ways, depending on which “readable” font you decide to use.

Perhaps you want to introduce a new product targeted at the younger solar market.  Certainly, you can use a legible “younger” font to connect with this audience.  Or maybe use a more professional, somber font to go after utility managers or bigwig execs.

12 pt. font is usually too small on most devices.  Don’t force your reader to adjust his screen in order to understand your copy.  Spoon-feed everything to your audience.  Make it as easy as possible.

14 is the bare minimum you should use for online copywriting.  I often use 16.  And I could probably get away with 18 or 20 without causing much commotion.  People rarely complain about the font being too big.

What font do you use?  Share your thoughts down below.

What Is the Best Font to Use for Online Solar Copywriting?